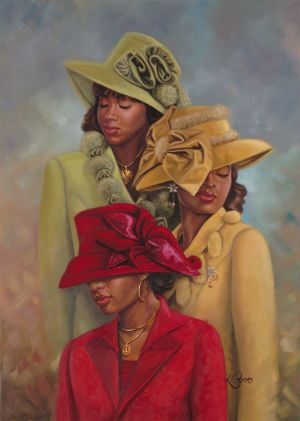 Charlene Ann Moore-Hite, affectionately known as "Mama Char", died peacefully on October 10, 2019 in Houma, LA. She lived life to the fullest  for 71 years. Charlene was born on December 19, 1947 in New Orleans, LA to Charlie and Olga Oubre-Moore. She was a lifelong resident of Houma, LA.

Charlene was a loving mother, grandmother, sister, friend and dedicated Social Service worker. Charlene was known as a Community Liaison to many, and was proud to serve any and all with her resourceful abilities. If she did not know, she linked you with someone who did. As a retiree with the State of Louisiana, Office of Community Services, she served numerous families and their children as her own. She also served on a committee for Terrebonne Parish School District, the board for YWCA, and volunteered for the Louis Infant Center. She had a profound faith and love for her church, St. Lucy Catholic Church, which she helped to reopen through her time and dedication. She also served as past Grand Lady of the Knights of Peter Claver Ladies Auxiliary. She was a past board member for the Haven, the NAACP, and Trustee for the United Way. She was a current member of the Krewe of Cleopatra. Her love for family and traveling were infinite.