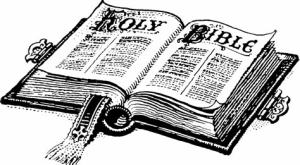 Pastor Michael Len Naverre, 59, a resident of Thibodaux, LA and native of Morgan City, LA, passed away on Thursday November 14, 2019 at the St. Elizabeth Hospital & Medical Center in Gonzales, LA.

Visitation will be observed on Saturday November 23, 2019 at the Siracusaville Recreation Center, 1110 Grace St., Morgan City, LA from 9:00 AM until a Royal Homegoing Celebration at 11:00 AM. Apostle Lloyd Benson, Sr. of World Link of Churches and Ministries will officiate the services. Burial will follow services in the Morgan City Cemetery.

Michael was preceded in death by his mother, Deloris Ann Thomas Naverre; an uncle, John Thomas and his mother-in-law, Grace Owens.

To send flowers to the family or plant a tree in memory of Pastor Michael Len Naverre, please visit our floral store.