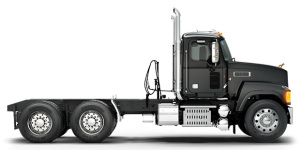 No public arrangements will be conducted.

He is survived by his sons, Robert, Donald and John Gordon; daughters, Jerimeshia Griffin, Jerilynn Davis and Hailey Gordon; five grandchildren, Taisamasama, Javal, Ethan, Zaria and Eliana; brothers, Lamarr, Mac and Eric and Robert Gordon; sisters, Joanne Skeen, Robyn and Sandy Gordon; and a host of other relatives and friends.

He was preceded in death by his parents, Robert Earl Gordon and Joyce Skeen; brothers, Tommy, Cleo and Carnel Gordon.

To send flowers to the family or plant a tree in memory of Donald Ray Gordon, Sr., please visit our floral store.

You can still show your support by sending flowers directly to the family, or by planting a memorial tree in the memory of Donald Ray Gordon, Sr.
Share a memory
© 2022 Jones Funeral Home, Inc.. All Rights Reserved. Funeral Home website by CFS | Terms of Use | Privacy Policy