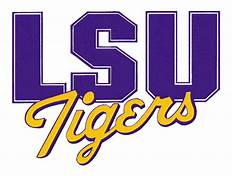 Everette Lamar Morse, 79, a resident and native of Morgan City, LA passed away peacefully on Tuesday. May 11, 2022 at Legacy of Morgan City.

Services will be held at a later date and will be announced by the family.

Memories of Everette will forever remain in the hearts of his daughter, Celeste Morse of Houston, TX; grandchildren, Kyle, Chloe, and Chelsea; siblings, Jacqueline Jones of Milwaukee, WI, Carol (Jesse) Hurst of Houston TX, John Morse of Baton Rouge, LA and Audrey Morse Ingram and Brenda Morse both of Morgan city, LA and a host of nieces nephews, other relatives and friends.

To send flowers to the family or plant a tree in memory of Everette "Eppie" Lamar Morse, please visit our floral store.