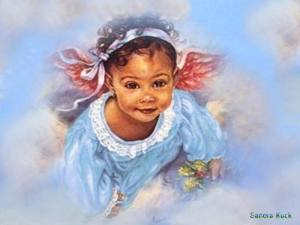 Martha Jayne Randle, 4, a resident and native of Morgan City, LA, passed away peacefully on Sunday January 9, 2022 at 6:30 A. M. at Ochsner Medical Center in Jefferson, LA.

A viewing will be held on Friday January 14, 2022 at Jones Funeral Home 715 Sixth Street Morgan City from 12 Noon until 12:45 P.M. A graveside service will be held at 1:00 P. M. in the Morgan City Cemetery, Pastor Ezekiel Simmons, officiating. (All visitors are asked to adhere to the CDC/local regulations by wearing masks and practicing social distancing).

To send flowers to the family or plant a tree in memory of Martha Jayne Randle, please visit our floral store.

A Memorial Tree was planted for Martha